A Cool Look At Global Warming
& Planetary Narcissism
The Narcissistic Meaning is…
…the Climate Revolves Around ME!
(… NOT! It’s Probably the Sun & Solar Cycles )

The Old Green Steal:
The Biggest Theft In History 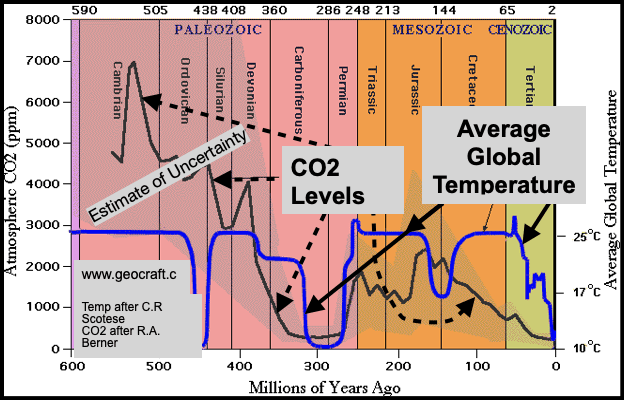 The Global Warming SCARE, now called “Climate Change” [because the 25-year pause in global warming was NOT cooperating with their high stakes political agenda and totally hypothetical “computer modeling”] is being used, they hope, to completely, fundamentally change life in America. …

And For Many Americans,
Their Lives Will Be OVER!

Solar, Wind & Other Renewables have NO Chance of providing the necessary energy to run a complex, wide-ranging economy like ours in the United States of America. The necessities of life, such as food and clean water, medical supplies & services, sanitation systems, and so on, will become non-functional if the current trend is allowed to continue.

The new bills going through Congress contain many elements of the New Green Deal (more accurately called the OLD Green Steal). The cost of this thing is going to be astronomical in MANY ways, too many to get into here. But if implemented, it will cause severe degeneration of Life in America.

Briefly, taxes and inflation (which is just another form of taxation) will go sky-high, AND, the obsession with “renewable energy” like solar and wind will make life nearly unlivable within a few years, as has already been proven in many countries around the world and even Texas when they had their BIG power failure in 2021. (The windmills could not produce enough electricity to heat people’s homes.)

Basically, *They* (the Globalist, Power Elite) will Bankrupt America and make life unlivable.

But Earth ALWAYS has had climate change. We just have had the fortune to be in a more stable period over the last few decades. So could climate change not happen again? Well, YES, but many scientists who deal with the climate — but the mainstream media will not tell you about it, except to call them climate deniers — believe we are more likely going into a new Mini-Ice Age.

Please See Not By Fire, But By Ice, by Robert Felix,
available on Amazon

Human Beings have been successful on Earth because of their adaptability. And the wisdom to see what they CAN change, and what they CAN NOT change. Because climate change has probably a LOT more to do with the sun and other far more cosmic factors, the “solution” to climate change is to adapt to it. That might mean moving to better localities. It might mean building better dikes and drainage systems. It might mean building better buildings on higher ground. … And so on.

But ONE THING is for SURE. Whatever adaptations we make will be far easier if we have a LOT of energy available. Whether it be fuel for more vehicles and machinery or electricity for more stationary facilities, we will need FAR MORE energy, not less.

That means, reducing our energy supplies would be suicidal. Solar and wind are FAR from being able to provide the energy we’ll need even if nothing bad happens. But if severe conditions emerge, we will need a LOT more. And right now, petrochemicals and nuclear are the best, most economical energy sources we have.

SO, let’s take a look at the “Scientific Predictions”
from so-called “Scientific Consensus” …

Alexandra Occasio-Cortez (Federal House Representative from New York): “The world is gonna end in 12 years if we don’t address climate change and your biggest issue is how are we gonna pay for it?”

Dan Wooton from GB News: “It was way back in 1972 that Maurice Strong, the first UN Environment Programme [IPCC] director said that the world ‘had just ten years to avoid catastrophe.’ [That was 50 years ago. So right now, he’s about 40 years late. Except Maurice is dead now. So he missed the show — that did NOT happen! ~DSL]

Ten years later, his replacement, Mostafa Tolba, said we had until the turn of the millennium before dealing with “an environmental catastrophe as irreversible as any nuclear holocaust. [That time target would be about 20 years ago. So he’s only 20 years late.] … As 1990 rolled around Tolba said we had just five years [that would be about 25 years ago], ‘otherwise, we’d lose the climate struggle’. You get the drift.” [We’re all DEAD from excess heat right NOW, right?]

Such experiences or predictions of excessive, destructive heat waves have been going on for hundreds of years. You can go read copies of very old newspaper articles on Tony Heller’s Real Climate Science Website going back to 1852. (Please Click on “1,500 Years of Heat Waves” in the menu.) In those articles, you’ll see records going back much further, such as:

A RECORD OF HOT SUMMERS …

In 637 [that’s over 1,400 years ago ~DSL] the heat was so great in France and Germany that all springs dried up, and water became so scarce that many people died of thirst. … In 873 work in the field had to be given up; agricultural labourers persisting in their work were struck down in a few minutes, so powerful was the sun. … In 993 the sun’s rays were so fierce that vegetation burned up as under the action of fire. …

In 1000 rivers ran dry under the protracted heat; the fish were left dry in heaps, and putrified in a few hours. The stench that ensued produced the plague. … Men and animals venturing in the sun in the summer of 1022 fell down dying; the throat parched to a tinder and the blood rushed to the brain. …

In 1132 not only did the rivers dry up but the ground cracked on every side, and became baked to the hard-ness of stone. The Rhine in Alsace nearly dried up. … Italy was visited with terrific heat in 1139; vegetations and plants were burned up. … During the battle of Bela, in 1260, there were more victims made by the sun than by weapons; men fell down sun-struck in regular rows. …

In 1303 and 1304 the Rhine, Loire, and Seine ran dry. … Scotland suffered particularly in 1625; men and beasts die in scores. … The heat in several French departments during the summer of 1705 was equal to that in a glass furnace. Meat could be cooked by merely exposing it to the sun. Not a soul dared venture out between noon and 4 p.m. … In 1718 the thermometer rose to 118 deg. …

In 1779 the heat at Bologna was so great that a great number of people was stifled. There was not sufficient air for the breath, and people had to take refuge under-ground. … In July, 1793, the heat became intolerable. Vegetables were burned up, and fruit dried upon the trees. The furniture and woodwork in dwelling-houses cracked and split up; meat went bad in an hour. …

The rivers ran dry in several provinces during 1811; expedients had to be devised for the grinding of corn. … In 1822 a protracted heat was accompanied by storms and earthquakes; during the drought legions of mice overran Lorraine and Alsace, committing incalculable damage. … In 1832 the heat brought about cholera in France; 20,000 persons fell victims to the visitation in Paris alone. … In 1846 the thermometer marked 125 degrees in the sun.

So obviously, many of these “heatwave experiences” and “heatwave predictions” were either worse than today or have not been born out.

In More Recent Times, we see shenanigans played with the Temperature Records …